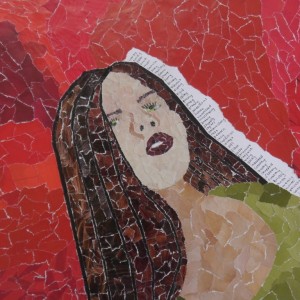 The staff were so moved by an article written by an ex-student that we want to include extracts as part of our self evaluation.

“Northgate is no usual school. Here they cannot anticipate how many students they'll have, nor their educational needs. They‘re not selective in their admission process: all the pupils are also psychiatric patients … Over the school year, many young people study at Northgate School who are deemed ‘too unwell ‘to function within society. The school caters for all of these young people, spanning from a range of 13 to 18 years of age.

The predominant characteristic of Northgate School is the acknowledgement of achievement. Pupils are encouraged to channel their emotions and experiences into inspiration for their work. From the sophisticated observation to the sarcastic remark, each and every idea is valued.

Having been an inpatient for a total of six months over the past year, I've come to know the ins- and—outs of the school very well. The school teaches a variety of subjects and targets each individual‘s needs through close communication with their mainstream school.

Due to the nature of the school, each pupil/patient forms very close bonds with the strong staff team, who are all on first name basis with the students. As one can imagine, the school is always bustling with chatter and, most importantly, encouragement. But this is no ordinary bustle: often it's the calm and controlled voice of the accompanying nurse speaking to a pupil who's suffering an anxiety attack. Sometimes it's the teacher counting: checking that all of the scissors that were given out have been returned. Sometimes, it's the feeling of concern that rings through the air, as everyone's quietly aware of the conspicuous absence of the patient that was too ill to be a pupil today.

I was made to feel more worthwhile in six months at Northgate School, than the whole of my 13 years previous within the education system. Here, pupils can take ownership of their achievements. This is done constantly, and through various means. Northgate is part of the Jack Petchey Leadership Award Scheme- which recognises achievements in all areas of school life … The atmosphere at Northgate embraces each pupil's struggle as it adopts all into its family. Many pupils have battled with their schooling in the past: yet, Northgate provides an environment whereby a student studying for a GCSE and another phonetically spelling atomic words, are encouraged as individuals without judgement or comparison.

Here the pain, desolation and weight of mental illness are stifled of oxygen. As the pupils leave to engage in therapeutic work, they become patients again. But for the period of time they're in school, Northgate tries to become what school should be for them. As patients begin to slowly piece themselves back together, we‘re careful to only use the helpful building blocks: Northgate School is one of these. Here patients can laugh together as pupils. Rarely will you find a school that lives by its mission statement: at Northgate, the school‘s motto- ‘Together we will build a future’- resonates."